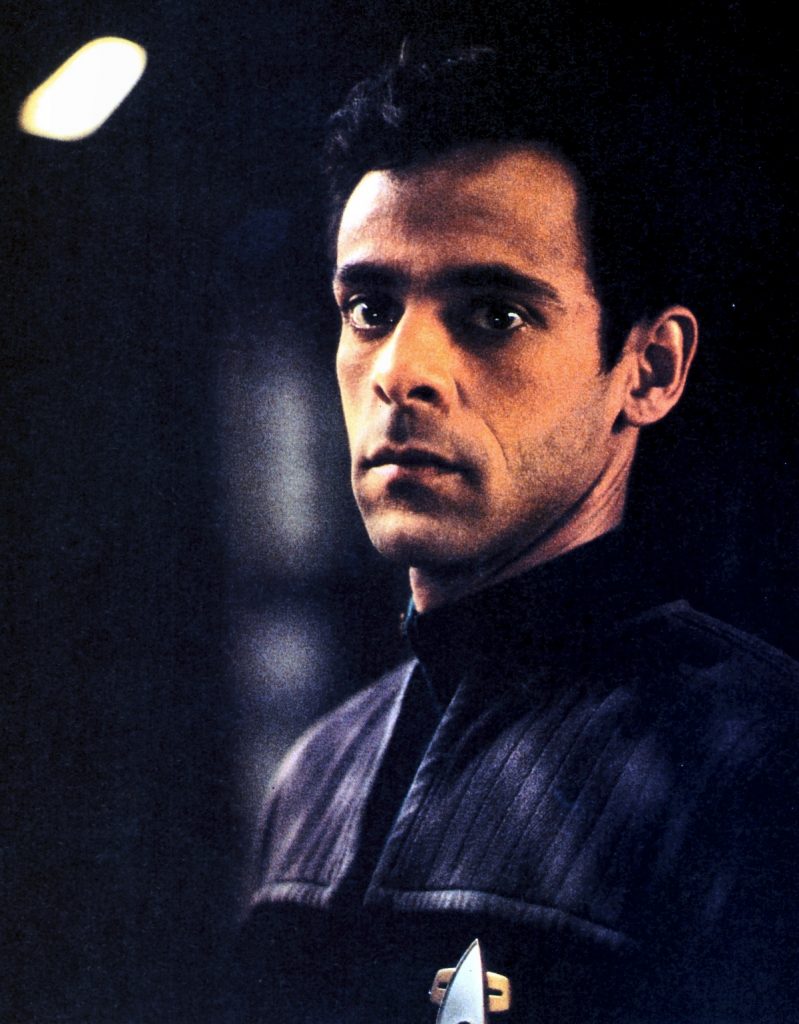 In late 2374, Bashir was selected by Luther Sloan, a member of the covert Federation intelligence group, Section 31, as a potential operative. While the crew of DS9 believed he was attending a medical conference on Casperia Prime, he was abducted by the group and placed in a holographic simulation to determine his potential of being a Section 31 operative. Although offered a position as part of their organisation, he turned down the offer. (DS9: "Inquisition")

A year later, Bashir was contacted by Sloan to serve as an operative for Section 31 during Bashir's trip to lecture at a conference on Romulus. Sloan led Bashir to believe that he was planning to assassinate the chairman of the Tal Shiar, Koval. In reality, it was an operation to prevent Kimara Cretak from ascending to a position on the Continuing Committee. (DS9: "Inter Arma Enim Silent Leges")

Several months later, Bashir and O'Brien realized that Section 31 was responsible for the morphogenic virus that was killing the Founders of the Dominion, as well as their friend Odo. Bashir sent a false message to Starfleet Medical, informing them that he had found a "cure". Sloan traveled to Deep Space 9 with the intent of destroying the cure. Bashir and O'Brien were successful in restraining him and, using Romulan mind probes, were successful in extracting the cure from Sloan's mind before he died. (DS9: "Extreme Measures")